2017 was a good year for film! As only a few days left until the Academy Awards, here are top picks of 2017 (Oscar-nominated or not) from our team here at the New Orleans Film Society. 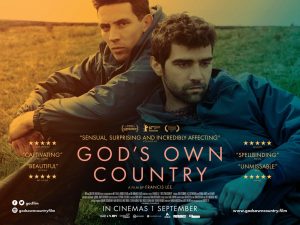 God’s Own Country – This small indie was the most affecting film I saw all year. I was prepared for an Irish Brokeback (which is how someone described it), but it’s so much more. It features such authentic depictions of intimacy, a credit to the incredibly natural and lived-in performance of the two leads. We screened a short film from this director, Francis Lee, a few years back, and it was really rewarding to see his first feature celebrated at Sundance last year.

I, Tonya – I have been wanting Herzog to take on Tonya Harding for years but this does exactly what I was hoping Werner would do. I absolutely loved it—sardonic, insightful, original. I also love that it has sparked so much dialogue about its tone and perspective. I wish people interrogated all movies as much as they have this one.

Personal Shopper – I didn’t think that Kristen Stewart and Olivier Assayas could top their 2015 collaboration The Clouds of Sils Maria, but this one is just as finely crafted. I watched it twice back to back.

Call Me By Your Name – Timothée Chalamet deserves every bit of praise he is getting for this film. His performance is alive and electric—I won’t soon forget the awkward physicality of his expressions of love, or of that final lingering shot. All that said, I have the same critique of this that I had of Moonlight (and of God’s Own Country for that matter): when will we start to see more gay-themed films featuring gay actors? Sadly, it seems that the only gay stories accepted by the mainstream (and that break into awards conversation) feature heteronormative portrayals of gay people performed by straight actors. I wait every year for this to change. 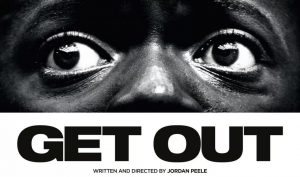 Get Out – Equal parts terrifying and hilarious. My vote for the Best Picture Oscar.

Menashe – Immersive and insightful, this film caught me by surprise: I found myself in tears as the credits rolled and the impact of this story washed over me.

Lady Bird – This was a delightful film. I can’t say that it felt like a new approach to the form, but it’s nevertheless lovable. Saoirse Ronin inhabits her character so fully that I had trouble believing that’s not who she is in real life.

The Phantom Thread – In the game of “who-wore-it-better” this year with regards to using poisonous mushrooms in a climactic scene, PT Anderson edged out Sofia Coppola, at least in my opinion (no shade to The Beguiled—I appreciate that movie but it didn’t stay with me like the rest of the films on this list). I found The Phantom Thread near-perfect in every sense, but especially the acting. I’ve loved Lesley Manville for years and am so glad she’s getting a nomination for this, as she was robbed for her devastating performance in Another Year. 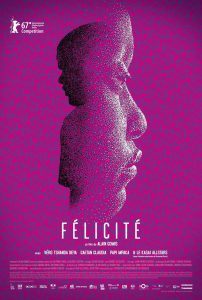 Félicité – Heartbreaking, beautiful, transportive. For those who haven’t seen this one yet, you’ll have another chance at this year’s French Film Festival. Do not miss it.

The Last Jedi – This was just pure fun. I totally lost myself for two solid hours, and I left the theater with a renewed commitment to the Resistance.

Fallon Young, Executive Director
In no particular order, these were the films that left the deepest mark on me this year:
Call Me By Your Name, I, Tonya, Patti Cake$, Mommy Dead and Dearest, Quest, The Florida Project, Casting JonBenet, Three Billboards Outside Ebbings, Missouri, Tonsler Park. 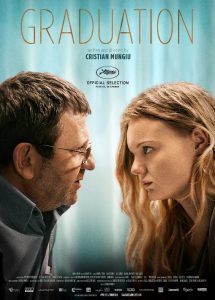 John Desplas, Artistic Director Emeritus
Top Ten 2017 (of what I saw)
I. I, Daniel Blake
2. A Ghost Story
3. A Quiet Passion
4. Patterson
5. Twentieth Century Women
6. Three Billboards Outside Ebbing, Missouri
7. The Shape of Water
8. Ladybird
9. I, Tonya
10. The Disaster Artist

Jon Kieran, Programmer and Submissions Manager
A Quiet Passion
At once monumental and spontaneous, Terence Davies’ biopic of Emily Dickinson is immeasurably enriched by his understanding that the whole truth of the past, in all of its strange familiarity, is never entirely translatable. With its remarkably free direction–wide jumps in time, a stately drawing-room pace, silences that breathe, and even a startling use of CGI aging, that most modern of movie artifices– A Quiet Passion is empty of clichés of “the writing life” and full of the same human qualities that still speak to us through Dickinson’s verse: her radiant melancholy and her wild solitude.

Cold Breath
In a just world, Abbas Raziji’s debut feature would be beating the same be-laureled path through stateside art houses that Asghar Farhadi’s Salesman was traveling at this time last year. Cold Breath brings the grounding clarity of Iranian realism to a story of almost gothically tortured emotion as it follows Maryam, a man forced to live against his gender by his country’s oppressive mores. The cinema of Iran continues to provide a wellspring of moral understanding from within a society that’s largely obscured from American view. This film is where it reached this year’s pinnacle.

I, Tonya & Get Out
All I want from the American commercial cinema in 2018 are more films like these: two furious, perfectly-placed hammer blows against the ever-crumbling face of American conceit.

Casting JonBenet
Kitty Green’s meta-doc experiment, in which she compiles tapes of open-call auditions for a docudrama about JonBenet Ramsey’s murder, shows a timely attention to the impossibility of a shared, fact-based reality in a world of 24-hour news. But for me, the film’s real genius is in its final montage, a mock shoot that’s also a near-hallucinatory mutation of the nuclear family. It’s a richly extended high-wire moment, suggesting at once depths of animal foreboding and unexpected tenderness.

Blade Runner 2049
Those of us hoping for a perfect return to the electric mist of 1981 original were always doomed to disappointment, and I hope one day to see several entire sequences excised from this over-long incarnation in some future final cut. That said, 2049’s style is a thing to behold and shows exceptional taste, texture, and real ingenuity in its marriage of the old and new. It feels like an actual progression amid the möbius of self-retreading that sustains our current blockbuster Cinematic Multiverse.

mother!
I hated this film and suffered from an almost-physical intensity through each of its 120 minutes. And yet many details–as vividly false as the titular character’s Rapunzel wig–have proven impossible to forget. I’ve been plagued with intrusive recollections of first-draft lines of dialogue, kindergartnerish moral-making, shrilly allegorical passages sprouting from a core of odious gender-essentialism. And who could forget (or forgive) the marketing’s ghoulish attempt to capitalize on the post-opening furor? Every story needs a villain, and in a year that often felt like a bad movie playing out while we watched helplessly, this epic botch was too ripe for the part. 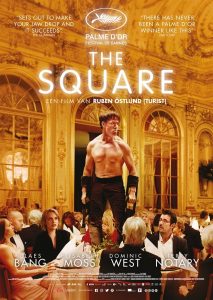 Jennifer Samani, Development Director
In no particular order: Get Out, The Killing of a Sacred Deer, The Human Surge, God’s Own Country, Personal Shopper, Dina, The Square, Quest.

Kate Mason, Programmer
Number 1: Raw — I love this movie, perhaps, too much. I found myself cackling with delight throughout the film while men in the audience shuddered around me, which always constitutes a cinematic triumph in my book. This is the feminist movie of the year. Sorry, Wonder Woman.

Number 2: The Phantom Thread
The rest, in no particular order: Pow Wow, Call Me By Your Name, Lady Bird, Get Out, The World Is Mine 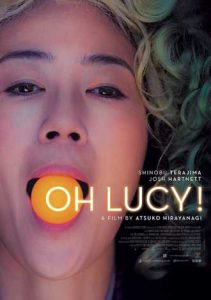 The Work – A raw and intense look at a group healing process inside a California prison that offers a powerful portrait of masculinity today. I still get goosebumps thinking of it.

Oh, Lucy! – By Japanese filmmaker Atsuko Hirayangi, this was the most hilarious film I’ve watched in 2017 and one of the wittiest feminist works of all time. It premiered in Semaine de la Critique in Cannes and will be in theatres around the US in March 2018.

Istanbul Echoes – If anyone asks me “what’s been going on in Turkey?” I’d say watch Istanbul Echoes. An 8-year long production by Italian filmmaker Giulia Frati, it tells the story of urban transformation/destruction that has been going on in my home for the past decade. Told from the vantage point of Istanbul’s unique street vendors on top of an amazing soundtrack, this one has it all.

So, what do you think? Did you see some of your favorites on anyone’s list? Tweet to @nofs to share your thoughts and your 2017 favorites with us. Looking forward to being inspired by many more films in 2018… All our best, NOFS Team