Since 2011, South Pitch has provided a unique opportunity for filmmakers living and working in the American South to practice the art of pitching. South Pitch consists of three pitching competitions: If/Then is held in partnership with the Tribeca Film Institute is for short documentaries, Narrative Open-Call accepts features and Student Pitch Competitions are run for both documentary and narratives. In this annual competition, filmmakers from across the American South have three minutes to pitch their next film production. Participants present their concepts or works-in-progress to panels of three judges—film professionals and industry insiders—who offer constructive feedback for all participants. Previous pitch judges have included Philipp Engelhorn (Cinereach), Dan Schoenbrun (Kickstarter), and Debra Zimmerman (Executive Director, Women Make Movies). Winners of each track receive a prize to aid in the creation of their pitched project.

For any further questions about South Pitch, please contact pitch@neworleansfilmsociety.org.

The 9th annual South Pitch was held during the 30th New Orleans Film Festival. Here are the winners:

Narrative Open Call: Erica Scoggins with The Boogeywoman, receives a $40,000 post-production package from Kyotocolor, software for Final Draft 10, and a Vimeo Pro Account.

IF/Then Documentary Short Pitch organized in partnership with the Tribeca Film Institute
The winner of this award will receive a $25,000 production package sponsored by Tribeca Film Institute and a Film Finishing package provided by Storyville Post in addition to $1,000 from POV Shorts for a second pitch project.

University Non-Fiction: Mattison May with Out to Stay, receives software for Final Draft 10 and a Samsung Gear 360. 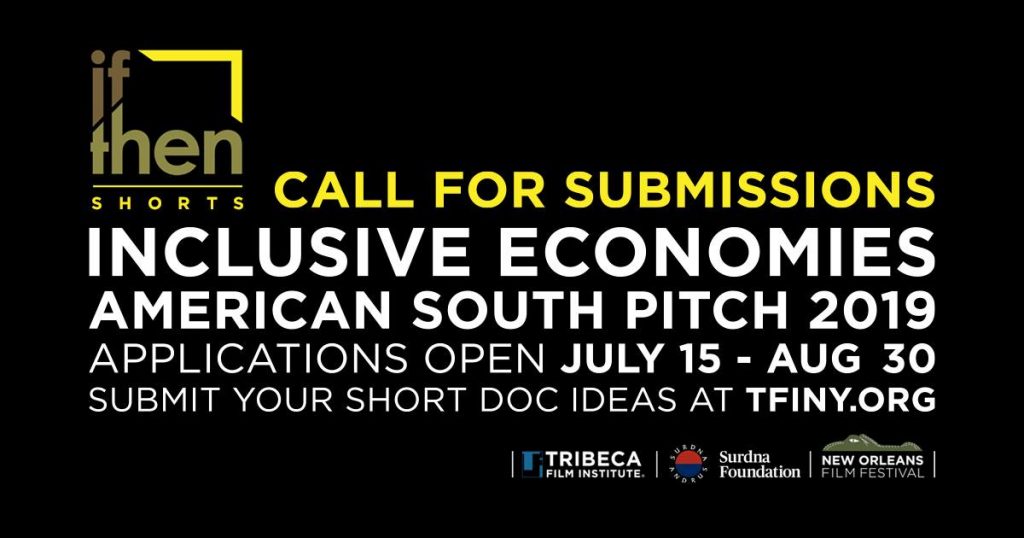 The New Orleans Film Festival, in partnership with the Tribeca Film Institute and Surdna Foundation, is thrilled to stimulate the art of short-form documentary storytelling with IF/Then, a pitch competition open to filmmakers living and working in the American South.

IF/Then Pitch Competition will take place on October 18, 4:15 pm at Tubi Theater at the CAC. Admission is free and open to the public.

For the third year, Tribeca Film Institute is presenting a documentary short pitch competition under the banner of the IF/Then Documentary Short Film Program. This year’s theme of “Inclusive Economies” is open to diverse filmmakers from the American South, and the pitch calls for original stand-alone short documentaries (10-20 minutes) that explore themes of economic inclusion and resilience through a regional and place-based lens.

TFI and NOFF will jointly select up to 6 finalists, and each pitch team will have 7 minutes to present their project, which will be followed by a short moderated discussion with a tailored jury. The winner receives a $25,000 cash award, year-round mentorship, and a Festival Finishing Package supported by Storyville Post. Additionally, POV Shorts (American Documentary) will provide a $1000 cash prize and mentorship to a second project. Finalists will be announced on the New Orleans Film Festival and TFI websites.

Storyville is a proud partner of Tribeca Film Institute and NOFF, and will provide a Festival Finishing Package for this year’s IF/Then Shorts American South pitch competition winner. The short film package is comprised of picture, sound, and deliverables from their award-winning talent.

For the second year, POV Shorts (American Documentary) is a proud partner of Tribeca Film Institute and will additionally provide a $1,000 cash prize and mentorship to a second project.

A FINE GIRL follows Brandi Jarrow, a trans woman of color from New Orleans, as she opens a salon and fulfills her dreams, and poses the question of what’s possible when we include and uplift trans people; at 27 years old, Brandi is a successful hairstylist, a woman of faith, and a valued member of her community.

THESE KIDS THIS CITY | WINNER

THESE KIDS THIS CITY is a film about the young people of Liberty City, Miami and its infamous bike life culture, which reaches its pinnacle every Martin Luther King Weekend, when thousands flood the streets on dirt bikes and four wheelers riding in a form of rebellion and community. After a hate crime incident occurs while protesting the climate gentrification of their inner city housing, the movement is catapulted into a national spotlight. 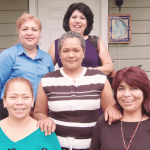 Austin is overflowing with entrepreneurs. But venture capital dollars rarely make it into marginalized communities. This film takes you into the living rooms of women hailing from all over Latin America as they work together to navigate the small business lifestyle. 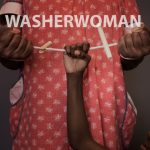 From the 1881 Washerwoman’s Strike to the present day movement for a livable wage, WASHERWOMAN takes a look at a pivotal profession in the making of the labor movement in America. This story is told by their families, and the last living generation of washerwomen, themselves. 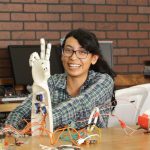 Wendy (16), maker and aspiring engineer, innovates using parts from discarded electronics at a local makerspace hoping to create prostheses for her best friend Rachel (15), who has double limb deficiencies. This Mexican-American tech disruptor reinvents cultural, class, and gender norms against the backdrop of the US-Mexico border in El Paso, Texas—a city currently healing from a horrific racially-motivated domestic terrorist attack. 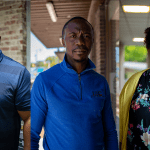 In the heart of the segregated South, AG Gaston became one of America’s wealthiest citizens by listening to the needs of the black community. Today, over 20 years after his death, black businesses in Birmingham struggle to survive. This film follows three entrepreneurs as they strive to make a change in Birmingham’s black business community.

Directors: Emily Harrold; Kelly Creedon; Seth Gadsden
Set in Orangeburg, South Carolina this film follows a battle over a Confederate Flag flying in the center of town in the wake of the 2015 Charleston Massacre. Through the battle, the film challenges audiences to consider if the Flag has a place in Southern culture of the 21st Century. 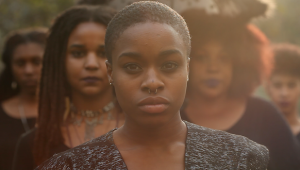 Director: Zuri Obi
Wild peach groves grow full and lush along the Mississippi River. Tantalizing as they may be, they remain untouched for the people of Natchez know the bloody history of the land that feeds these strange fruit.

Director: Ashley Panzera Producers: Angela Tucker, Lauren Domino
Caught in the crosshairs of the War on Drugs and the pro-life movement are women who become pregnant while struggling with substance abuse. DEPENDENT follows one woman’s journey into recovery while managing life and motherhood. 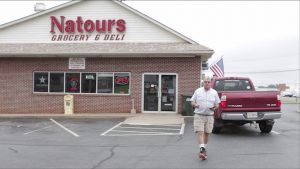 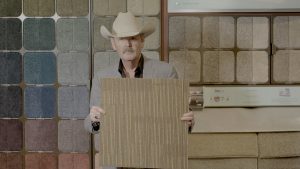 Directors: Emily MacKenzie; Noah Collier
Located in the carpet Capitol of the world, Dalton Georgia, a self fashioned Scottish cowboy wields the influence of American identity as he prepares to move his textile business from one of the last remaining American manufacturers to China. Where does the myth of American identity begin and end and who is entitled to manipulate it for profit?

Narrative Open-Call is looking for applications from Southern filmmakers to pitch their next project.

Narrative Open-Call Pitch Competition will take place on October 18, 1:45 pm at Tubi Theater at the CAC. Admission is free and open to the public.

The winner of South Pitch will receive a $40,000 post-production package (to include post-production consultation, online conform, and Full Digital Intermediate color grade) from Kyotocolor.

Orphan Country
Producer: Robert Colom
With their agency invalidated by their youth, three children of different eras experience exile and emigration over a fifty-year span of the Cuban Revolution.

Love in Gretna
Director: Daneeta Loretta Jackson
A 60 something divorcee falls in love with a married man and conspires to have him at all costs. Religion, magic, and bad blood bonds commingle in this black comedy/drama set in Down the Road, Louisiana against the backdrop of climate change and the Trumpocracy.

All Dirt Roads Taste of Salt | WINNER
Director: Raven Jackson
In fluid, non-linear portraits evoking the texture of memories, “all dirt roads taste of salt” viscerally and experientially explores the life of a Black woman in the American South – from youth to her older years.

Murder Ballads
Director: Michael Curtis Johnson
Hank Huckabee and Brandon Tyler killed three men who responded to a fake classified ad they posted on an online job board for a caretaker position. A fourth man managed to escape. Based on true events.

Distance
Director: Najma Nurriddin
An innocent moment while exploring turns into a full blown relationship. Fati, a confident New Orleanian who loves to travels mets the free-spirited Pascal who owns a surf shop in Haiti. While Fati walks the streets of Jacmel, taking in which all the land has to offer that is deeply connected to her home town, she mets the good vibes of Pascal.

Not For Me
Director: Eavvon O’Neal
When their uncle Rafael is found dead, Sasha & Finn head to Memphis to prepare his estate and discover a trove of self-produced, unreleased art, left for the kids as a weird scavenger hunt that points to his killer.

Comac
Director: Aby Rao
A Filipino-American woman and a Kurdish-Iranian refugee teenager face cultural and familial expectations which clash with their passions and life-long dreams. Their mutual love for Taekwondo helps them achieve unimaginable goals.

Student Pitch Competition will take place on October 18, 11:45 am at Tubi Theater at the CAC. Admission is free and open to the public.

Roar of the Cicadas

The Marked
Director: Laura Duval
In a futuristic dystopian world that defines duty as self-sacrificing behavior and caring for
government and strangers over family and self, young adults are put into retirement when their bodies are covered by tattoos that reveal their greatest gift and curse: remote viewing. A young idealistic remote viewer, on a journey to deliver a family heirloom, must decide whether she will die as a hero or escape to the real world to live the life of a regular teenager with no gifts except the gift of free will.

Happy Place
Director: Christopher Greening
An animated film following a teenager named O, who has a unique disability of not having a mouth, as he attempts to learn how to be happy with the help of his imaginary friend, Martin, in order to be able to teach his Mom how to be happy as well.

Last Letter
Director: John Hover
A young man goes on an emotional journey to find his father, who is dying from Alzheimers.

Viola
Director: Alex McFry
In White Plains, Alabama in 1959, a 30 year old woman takes revenge after she is raped by two brothers who work on her father’s farm.

Flora
Director: Raina Perez
When her whole world comes crashing down after a fatal car accident, Maribel finds comfort in a holiday
from her Mexican heritage that doesn’t see death as end but as the start of something new.

Birds | WINNER
Director: Katherine Propper
Popular on Instagram, a Texas teen with amazing tumbling abilities does whatever it takes for fame until it goes too far.

Moving Together
Director: Maggie Bailey
Moving Together celebrates the timeless relationship between music and movement through three different lenses: contemporary modern dance, Flamenco, and West African dance. This film interweaves performance and interview providing an insight into the collaboration between artists while showing the universial language of music and dance.

Before It’s Gone
Director: Alexis Chapital
After a sudden influx in the gentrification of historically Black neighborhoods in New Orleans, there is a strong decline of native New Orleanians in historically Black neighborhoods. With these sudden changes, Before It’s Gone attempts to tackle the discrepancies of the past and present and arrive at what will be the future of this unique city and its’ inhabitants.

Remedy
Director: Alex Cherry
Remedy tells the story of three subjects’ experiences with equine therapy – a form of experimental therapy that involves interaction between patients and horses – and the struggles of the University of Alabama Equestrian Team to institute an equine therapy program in their own community.

Proper Pronouns | WINNER
Director: Meg Daniels
Proper Pronouns tells the story of Dawn as she seeks validation in the pulpit and
reconciliation in her marriage, problems she did not face when she was Duane.