All winners of the Jury Shorts Award in Documentary Short, Narrative Short, and Animated Short are eligible for consideration in the Short Subject category of the Academy Awards® without the standard theatrical run, provided the film otherwise complies with the Academy rules.

The winner of this award will receive a $10,000 in-kind camera package sponsored by Panavision as well as Final Draft 10 software. Additionally a Best Sound award will be presented by Apex Post, valued at $3,500.

The winner of this category will receive a DCP Kit sponsored by CRU, Inc, as well as a Vimeo Pro Account, Final Draft 10 software, and a complimentary membership to the International Documentary Association.

The winner of this category will be awarded a $10,000 camera package from VER Camera, New Orleans.

The winner of Best Narrative Short will receive $2500 in Kodak film stock, a $2500 cash prize from Vimeo, a DCP Kit sponsored by CRU, Inc., Final Draft 10 software, as well as a Samsung Gear 360 camera.

The winner of the juried award for Best Documentary Short will receive software for Final Draft 10, a Vimeo Pro Account, and a complimentary membership to the International Documentary Association.

The winner of this award will receive a one-year license for both Toon Boom Storyboard Pro and Toon Boom Harmony Premium.

The winner of this award will receive a Vimeo Pro Account, a Samsung Gear 360 and a 2TB hard drive sponsored by CRU, Inc.

The winner of this award will receive a Lighting & Grip package from Cinelease worth $5,000, software for Final Draft 10, and a Vimeo Pro Account.

Additionally, this prize will be presented to a Louisiana Short with a $10,000 camera package from VER Camera, New Orleans.

Since January 2017, Gina Duncan has served as Associate Vice President, Cinema at the Brooklyn Academy of Music (BAM). She is responsible for providing strategic and artistic direction for BAM’s first-run and repertory film program as well as its film festival, BAMcinemafest. Previously, she programmed for the Jacob Burns Film Center and currently serves as the Film Lab curator for SPACE on Ryder Farm, a working organic farm that offers self-determined residencies to artists and activists.

As Cinereach’s Head of Grants, Leah ensures that relationships with grant-supported films flourish, while also serving as an antenna for new projects and ideas of potential resonance. Her previous experience includes work with the Tribeca Film Institute, the Rockefeller Foundation’s Media Arts Fellowships and the programming department of the Tribeca Film Festival.

Inkoo Kang is a staff writer for Slate Magazine, where she writes about movies, television, and more. Previously, she was chief TV critic at MTV News and also wrote for The Wrap and IndieWire. She lives in San Francisco.

K Austin Collins is a film critic for Vanity Fair. His writing has appeared in The Ringer, the Los Angeles Review of Books, Reverse Shot, and the Brooklyn Rail. He writes crosswords for The New Yorker, The New York Times, and the American Values Crossword Club. He lives in Brooklyn.

As Director of Programs at Chicken & Egg Pictures, Lucila oversees the planning and implementation of the organization’s programs in support of women non-fiction filmmakers. Originally from Mexico City, Lucila has collaborated with New York’s independent film community since 1996. Prior to joining Chicken & Egg Pictures, she was Executive Producing Director at the internationally renowned UnionDocs, a center for documentary art in Brooklyn. Formerly, she was Manager of the Production Assistance Program at Women Make Movies, a program that provides support to women filmmakers in the development of their projects.

Ana M. López is Associate Provost for Faculty Affairs and Director of the Cuban and Caribbean Studies Institute at Tulane University. Her research is focused on Latin American and Latino film and cultural studies. She is co-editor of The Routledge Companion to Latin American Cinema (2017).

Amanda Salazar is a Programmer with the SFFILM Festival. She is the co-Director of the Camera Obscura Film Society, a curated film event that takes place in various locations throughout the Bay Area, primarily in Petaluma, CA. Also, she is the Guest Programmer at Northwest Film Forum, a non-profit arthouse in Seattle, WA., where she books films theatrically. Previously, she was the Vice President of Film Acquisitions at Fandor and Program Director of the Newport Beach Film Festival and Orange County Film Society. She is also a classically trained violinist.

Monica Castillo is a writer for The Lily at The Washington Post. Previously, she wrote and curated film entries for The New York Times’ Watching, the TV and movie recommendation site. She completed her master’s at the University of Southern California as the school’s first film critic fellow.

Born in Ecuador, Felix Endara is a queer transgender New York-based independent filmmaker, programmer, and arts administrator whose films have screened at festivals including Berlin, Frameline, Outfest, NewFest, DOC NYC, and Mill Valley. From 2008 to 2012, he programmed Arts Engine’s documentary screening series DocuClub, which he toured to Mexico City and Silver Spring, Maryland. In 2010, he was a fellow at the IFP Documentary Finishing Lab as producer for Wildness (2012, Dir: Wu Tsang), which premiered at MoMa’s Documentary Fortnight series in February 2012, was an official selection at SXSW, and screened at the Whitney Biennial later that year. In addition, he as participated in Working Films/Fledgling Fund’s first Reel Engagement workshop; and in documentary trainings at Dok-Leipzig’s Co-Production Meetings; and Amsterdam’s IDFA Academy.

Born in lower Delaware and raised in Largo, Maryland Jasmine brings over 20 years of business operations, management and leadership experience to collaborate with artists, educators, filmmakers, entrepreneurs, non-profits and small businesses. She applies her insight and skills to streamline their business practices allowing them to focus on their organizational mission. In 2016, she was the Associate Producer to the Tribeca Film Festival’s animated short selection Fear, curated by Whoopi Goldberg. Jasmine resides in Durham, NC and currently works for the Southern Documentary Fund as their Business Director. Jasmine is a mom to three dynamic little girls and spends the rest of her time advocating for their educational needs and empowering other African American parents to do the same.

June Jennings is the impact and partnerships manager for Field of Vision, the documentary unit of First Look Media. Before joining Field of Vision, June was an assistant editor at O, The Oprah Magazine. Her writing has appeared in O, The Oprah Magazine, The Nation, and Colorlines. She received her B.A. in Anthropology and Art History from Washington University in St. Louis. She currently resides in Brooklyn, New York.

Nick Price is Associate Producer of the public television documentary series “Reel South” from UNC-TV. He began his career with a film fellowship with the Southern Environmental Law Center and has spent years working in documentary and non-fiction television production.

Penelope Bartlett is the programmer for the streaming service The Criterion Channel on FilmStruck. Previously, she served as Director of Programming for the Palm Springs Shortfest, curated for the website shortoftheweek.com, and held programming positions at a number of film festivals.

Jeffrey Bowers is a senior curator at Vimeo, where he curates Staff Picks and Vimeo On Demand. Previously he was a curator at VICE Shorts and also programmed for the Tribeca Film Festival, the Hamptons International Film Festival, and Rooftop Films. He lives in Brooklyn, N.Y.

Alece is dedicated to developing and strengthening relationships with filmmakers, distributors, and OTT content providers to ensure diverse content finds distribution. From marketing to sales and business development, she has held various positions at New York Film Festival, BAMcinématek, Rooftop Films, Fandor, and Distribber. Alece is currently the Director of Digital Sales at Good Deed Entertainment where she oversees sales and direct partnerships with video on demand streaming platforms. Alece received her Master’s degree in Film Studies from Columbia University and graduated magna cum laude from Winston-Salem State University with a Bachelor’s degree in English and Communications. She is originally from Durham, NC and has lived in New York City, San Francisco, and is currently in Los Angeles, but she still can’t shake her Southern drawl.

Ben Haist is an illustrator and animator at BuzzFeed Motion Pictures. He previously worked at Nickelodeon and Dreamworks, is a graduate of Tulane, and received an MFA in animation from UCLA. His film Nightlife was shortlisted for the 2016 BAFTA US Student Film Awards.

Missy Laney is the Director of Development at Adult Swim. She previously worked at the Sundance Institute growing their Artist Services Initiative, and at BitTorrent Inc. where she launched The Discovery Fund, BitTorrent’s first-ever artist granting initiative.

Bojana Sandic is Programming Director for New Filmmakers Los Angeles, the Shorts Programmer for South East European Film Festival in L.A., and a Sr. Programmer at the Newport Beach Film Fest. Born in Belgrade and raised in Calif., she previously worked with Lexus Short Films and LAIKA.

Erica Deiparine-Sugars works with independent media makers and media arts communities expressly to support diverse voices and stories. She is currently the Director of Programs for the Austin Film Society where she oversees filmmaker grants and programs as well as Austin Public, the city’s community media center. Erica has worked extensively in the field of media arts education and held senior roles for community-based and national media arts organizations in Chicago and San Francisco. She is also the former Managing Director of Programming and Production at ITVS, an award-winning funder and co-producer of independent documentaries. Erica’s background is in documentary film and broadcast television production.

Kareem Tabsch is the co-founder and co-director of O Cinema, an arthouse theater in Miami. Previously, he spent nine years on staff at the Miami Gay & Lesbian Film Festival. He also directed the shorts “The Dolphin Lover” and “Cherry Pop” and the feature The Last Resort (Kino Lorber).

Erica Deiparine-Sugars works with independent media makers and media arts communities expressly to support diverse voices and stories. She is currently the Director of Programs for the Austin Film Society where she oversees filmmaker grants and programs as well as Austin Public, the city’s community media center. Erica has worked extensively in the field of media arts education and held senior roles for community-based and national media arts organizations in Chicago and San Francisco. She is also the former Managing Director of Programming and Production at ITVS, an award-winning funder and co-producer of independent documentaries. Erica’s background is in documentary film and broadcast television production. 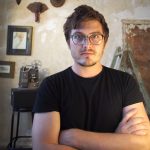 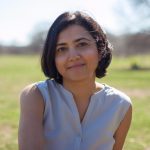 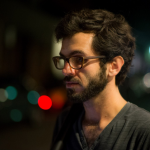 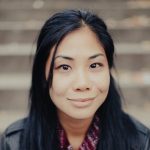 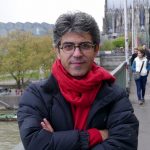 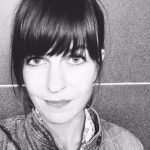 The Noise of Licking 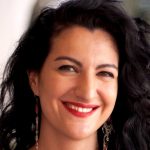 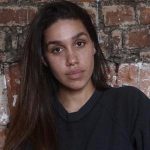 Ok, Call Me Back