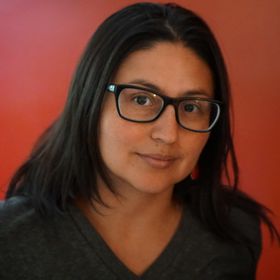 Cristina Ibarra has been making award-winning films for PBS that explore the US-Mexico border for the past sixteen years. Her most recent film, The Infiltrators , premiered at the 2019 Sundance Film Festival. Her documentary Las Marthas premiered on Independent Lens in 2014; The New York Times called it “a striking alternative portrait of border life.” Her PBS documentary collaboration, The Last Conquistador , had a national broadcast on POV; USA Today called the film “Heroic.” Her first short fiction, “Dirty Laundry: A Homemade Telenovela,” won multiple awards and was broadcast on PBS. Ibarra has created mini-films with the NY International Latino Film Festival, LPB, and the Latina collective fulana.org. She is the recipient of numerous fellowships from the Rockefeller Foundation, the New York Foundation for the Arts, CPB/PBS Producer’s Academy, the Latino Producers Academy, Firelight Producers Lab, and Creative Capital among others. She is a fellow of the Sundance Women’s Initiative.