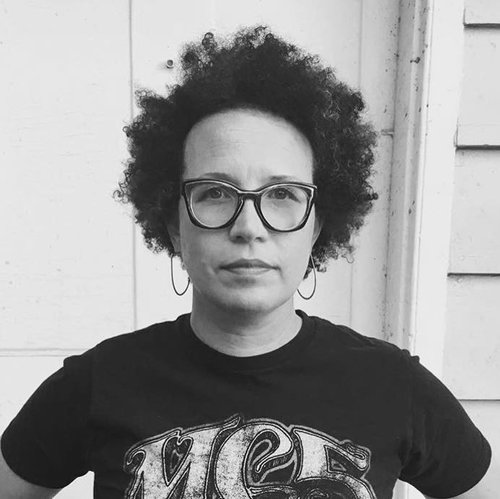 Darcy McKinnon is a documentary filmmaker and Executive Director of NOVAC, the New Orleans Video Access Center, which has supported community-based media in Southeast Louisiana since 1972. She is a co-founder of ALL Y’ALL, with Elaine McMillion Sheldon. McKinnon’s work in documentary includes the film Maquilapolis and Live, Nude, Girls, UNITE! She produces documentary work with Southern filmmakers, and is currently in post-production on “Animals” a short documentary about New Orleans’ love affair with a shoe; in production on “Neutral Ground” with CJ Hunt, a documentary about New Orleans’ struggle to remove Confederate monuments; and in development on “Commuted” with Nailah Jefferson, which explores the impact of Louisiana’s criminal justice dysfunctions through the portrait of the life of one woman, which just received development funding from Chicken & Egg.