This blog article is written by Cameron Liquori, marketing and communications intern at the New Orleans Film Society, and undergrad student at Tulane University.

Imagine: you sign up to be voluntarily cut off from society for several months, and upon returning, you arrive back to a world that’s almost unrecognizable, turmoil and panic proliferating in every corner of the globe. For contestants of Germany’s “Big Brother,” they don’t have to imagine; this is their reality.

“Big Brother” has been a long-running reality TV hit on CBS, where contestants enter a house and dozens of cameras follow and broadcast their every move for a number of weeks. In the Big Brother house, the houseguests do not have access to cell phones, internet, or anything that would link them to the outside world.  The show’s rules state that contestants only receive word from the outside world in the case of a sick family member; otherwise, they are effectively cut off from reality, sealed inside a ‘bubble’ until kicked off of the show.

When fourteen contestants first entered the Big Brother Germany house in February, coronavirus was nothing more than a relatively new, yet small-scale illness. At this time, COVID-19 cases were nearly entirely confined to China, with only twelve confirmed cases in the entire country of Germany. Though it was known that this virus could be deadly, it’s safe to say that nobody had any idea of the worldwide scale that coronavirus would grow to. Public spaces were still freely roamed, businesses were booming as usual, and the world was blissfully ignorant of the tragedy about to strike.

As COVID-19 cases grew exponentially, spreading out of Asia and deep into Europe, it came to the public’s attention that the contestants of Big Brother Germany were relatively clueless about the danger spreading across the globe. Big Brother Germany producers subsequently began to face backlash online for keeping their contestants in the dark. The producers were intentional in this decision, going so far as to instruct four late arrivals, who entered the Big Brother house on March 9th, to keep silent about the growing scale of the virus. Inevitably, internet comments poured in, overwhelmingly in favor of alerting the houseguests to the pandemic just outside their doors. The producers subsequently announced that they would indeed be telling contestants about the gravity of COVID-19– while live on air.

In mid-March, the show’s presenter solemnly informed houseguests about the pandemic from behind a glass screen, providing a doctor that they could ask questions to as well as video messages from family members at home. Cameras from a plethora of angles tracked the reactions of the houseguests, desperate to catch emotion and shock for the sake of ratings. Most of the contestants kept themselves calm and collected, but some were more upset than others, with one contestant being sent into a panic, as her mom’s lung condition makes her more susceptible.

While the producers were surely thrilled at the chance to capture these raw reactions on camera, one must wonder about the ethicalities of exploiting people’s reactions to a global pandemic for views. Sure, one could pose the argument that by signing up for reality TV, the contestants consented to being filmed at all hours, and this is simply a part of what they signed on to do. However, when the contestants applied to be on the show, nobody had any clue as to the deadliness of the virus that would soon strike every corner of the world. They did not know that when they walked into the house in February, they would be walking out in a few months’ time to a completely different world.

Individuals living in the outside world have been barraged with a constant stream of news updates, from the first case outside of China to our current situation of over 1.6 million infected persons worldwide. Cases have been multiplying so rapidly that to miss even one day of news coverage is to fall behind in one’s understanding of the world’s current state. The Big Brother Germany houseguests have not been privy to any updates; their one-time briefing from a doctor nearly two weeks ago pales in comparison to where the current state of the world lies. Though the contestants were shaken by the news of coronavirus, it’s safe to say that they are still in the dark about the true scale of cases and deaths worldwide.

Perhaps being locked in the Big Brother house is one of the safest places to be during this time, as more and more states and countries are issuing stay-at-home and lockdown orders each day. The contestants all chose to remain in the house, rather than going home to quarantine with their families, based on their understanding of the virus as explained briefly by a doctor. However, if they were privy to the depth of information that the rest of the world has access to, one must wonder if they would have made the same decision. If one thing is certain, it’s that the contestants of Big Brother Germany are in for the shock of a lifetime when the season wraps and they return home. 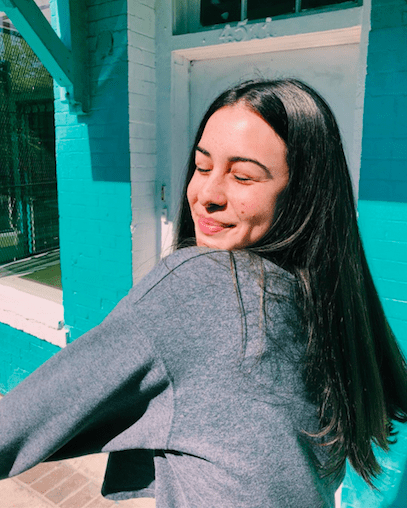