Did you see what I heard?

Join us in celebrating our hometown music heroes with this new music film series: Seeing Music, presented by the New Orleans Film Society, in partnership with the NOCCA Institute, WWOZ, and OffBeat Magazine. 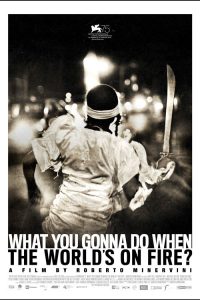 The last event of the series will be held on Tuesday, April 9th with What You Gonna Do When The World’s On Fire?, directed by Roberto Minervini (director of Louisiana – The Other Side, 2015), the film premiered and won four awards at the Venice Film Festival last September. The film is set in Summer 2017 and weaves four strands together, comprising different voices within the African-American communities of New Orleans. After the film, we’ll have a conversation with film participants: Judy Hill, who won awards at both Venice and Mar del Plata Film Festivals, who is also the daughter of late New Orleans R&B icon Jessie Hill, Big Chief Kevin Goodman (Flaming Arrows), and members of the New Black Panther Party for Self Defense featured in the film.

The series kicked off on February 5th, 2019 with Closeup: Tank & the Bangas. The screening will be followed by a conversation with Tank and the Bangas and director Charlie Steiner (of WWOZ) and continued with a screening and conversation of Buckjumping, directed by Lily Keber and won the Audience and Best Cinematography Awards at #NOFF2018.

If you are a member, please use the “Member Log In” link on the upper right corner of this page to see your ticket fee waived at the checkout.

A third screening will be held on April 11th and the surprise film will be announced in early February.

Closeup: Tank and the Bangas, dir: Charlie Steiner, USA, 2018, 35 min.
This WWOZ documentary is in-depth profile of the exciting New Orleans band Tank and the Bangas as they surge to national prominence. The film pulses with fiery poetry and the band’s infectious music that defies categories.

Tank and The Bangas were formed in 2011 at an open mic set in New Orleans, centered at a shotgun house, Jerk Chicken Sam’iches and a drum set. Instantaneously this group knew that they had something that stirred crowds that cried out for original music from them. Combining the various musical technique among the Bangas, coupled with the instilling play on lyrics from the lead vocalist; Tank and The Bangas have quilted a unique sound that singles them as one of the most distinctive groups to come out of New Orleans. Group members include Tank/ Lead vocalist/Norman Spence on Bass/keyboard, Joshua Johnson/Drums, Merell Burkett/keys/ Nita Bailey/Percussion; and various other Bangas.

Dir: Lily Keber, USA, 2018, 80 min.
Way downtown, a crowd gathers to watch the men of the Nine Times Social Aid and Pleasure Club show out on their second-line Sunday. At Seal’s in the 7th Ward and Sportsman’s Corner in Central City, hard-working drag king Hustler entertains his adoring public. After school, the young ladies of the Edna Karr High School dance team practice for the big parade. And before dawn on Mardi Gras day, the indians of the Creole Wild West set out on their long patrol across the city. On any day of the week, in any corner of the city, the people of New Orleans are on their feet, dancing to mourn the dead, to celebrate life, and to leave their everyday routines for a moment of pure joy. Featuring interviews with DJ Jubilee, Mannie Fresh, Mia X, and more, the second feature by Lily Keber (Bayou Maharaja) offers a panoramic view of the city’s ever-evolving dance traditions. 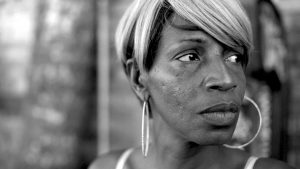 What You Gonna Do When The World’s On Fire? – April 9th, 2019, Lupin Hall at the NOCCA Institute.
7 pm – Reception, 7:30 pm – Film Screening, 8:50 pm – A conversation with Judy Hill, Big Chief Kevin Goodman (Flaming Arrows), and members of the New Black Panther Party for Self Defense featured in the film.
Tickets are available here.

Dir. Roberto Minervini, USA, 2018, 120 min.
Summer 2017, a string of brutal police killings of young African American men has sent shockwaves throughout the country. A Black community in the American South tries to cope with the lingering effects of the past and navigate their place in a country that is not on their side. Meanwhile, the Black Panthers prepare a large-scale protest against police brutality. A blistering meditation on the state of race in America from the director of THE OTHER SIDE.