10 Must-See Films for Every Environmentalist

Climate change has risen to the forefront of social issues affecting our world. Families & communities all over the world are being impacted by global warming and climate change. Just yesterday, Tropical Depression Imelda made landfall in Houston, Texas, bringing devastating levels of rain to a city still recovering from Hurricane Harvey.

Today, September 20, 2019, thousands of people are participating in an international climate strike. The protests are happening all over the world, from right here in New Orleans, to countries thousands of miles away, like Senegal, India, & the Philippines. People are taking a stand & demanding that action be taken to address the growing climate change problem.

If you’re passionate about the environment, particularly climate change, these are 10 must see films you should check out at the upcoming New Orleans Film Festival (October 16-23). Festival passes are now available here. Individual tickets will be available to book next Monday, September 23rd (at noon) for festival pass holders and New Orleans Film Society members. Tickets will be on sale for the general public on September 30th. 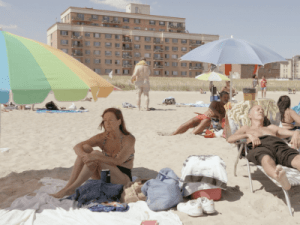 The Hottest August is a documentary feature by director Brett Story. The film is a portrait of New York City during August 2017. It offers audiences a look into a society on the verge of catastrophe, with growing tensions and anxiety being felt nationwide. The director asks people from all walks of life about the future, and is met with candid responses about everything from climate change to racism. It’s a time capsule of August 2017, asking the question: What does the future look like from where we are now? 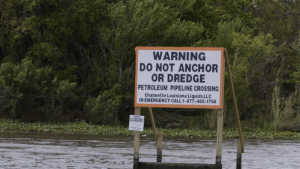 Lafitte 2068: No Place to Call Home is making its world premiere at #NOFF2019. In this documentary short film, generations of people from Lafitte, Louisiana talk about how their lives have been impacted by flooding and coastal erosion. Audiences get to hear personal experiences and memories from the people of Lafitte. Lafitte 2068 hopes to raise awareness about regional land loss issues and inspire younger generations to take action and save their towns.

This film is part of the Louisiana Shorts series “Storm Warning”. Click here to read more about the films that are part of this series.

What the River Made 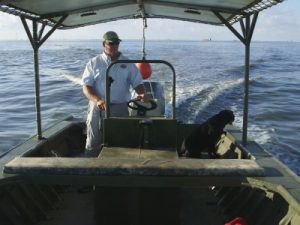 What the River Made is also making its world premiere at the 30th New Orleans Film Festival. The documentary short film by Keely Kernan is a journey through the Bayou Pompadour of southern Louisiana. Audiences get to see how land loss and impacted the landscape, while a narrator talks about the way that the Mississippi River and its Delta have been impacted by man-made influences.

What the River made is another film in the Louisiana Shorts series “Storm Warning”. Read more about the films here. 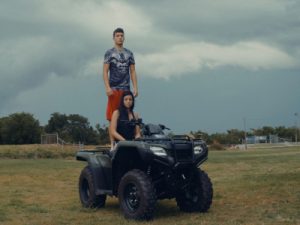 Lowland Kids is a documentary short film by director Sandra Winther. It’s about two teenagers from Isle de Jean Charles, who fight to stay in their family home as climate changes decimates the Louisiana Coast.

Click here to read more about Lowland Kids and all the other films in the “Storm Warning” film series! 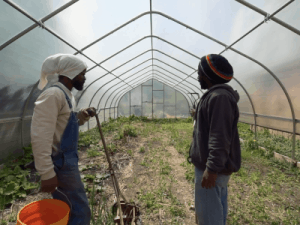 Sidelots is a short film about Black land reclamation. Director Atieno Nyar Kasagam uncovers familial and land roots across the African diaspora, telling the story of reclamation in ritual. It’s a questioning about the romanticizing of home, and the things we leave behind in search of what’s ahead.

This film is a part of the Narrative Shorts series “Detroit Stories”. Click here to read about all the films in this series!

Last Call for the Bayou 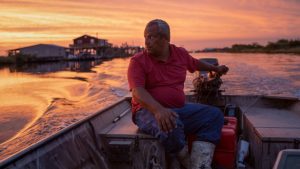 Last Call For the Bayou is a documentary short film by director Dominic Gill. It will be screened at #NOFF2019 as part of the Episodic Features. It’s a 5 part short film series that focuses on 5 different people who are experiencing wetlands loss. The film and these stories aim to help audiences understand the causes, effects, and possible solutions to this issue. Last Call For the Bayou is about helping viewers understand the importance of caring for places that may seem irrelevant to them.

Click here to read more about Last Call For the Bayou! 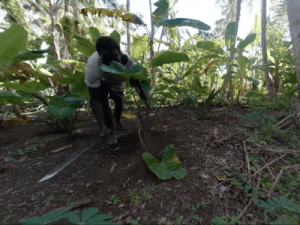 Goodbye Paradise is part of the Cinema Reset category of #NOFF2019. It’s an immersive experience that takes audiences to the Maskelyne Islands of Vanuatu. We are able to see firsthand the devastating effects climate change is having on this community. It prompts us to reflect on our responsibility as global citizens to our fellow human beings.

Learn more about what to expect from the #NOFF2019 virtual reality exhibitions here.

Below the Flood Gate 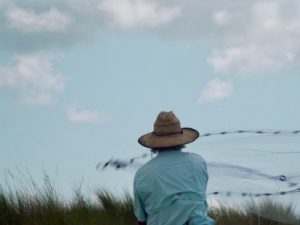 In Below the Flood Gate, audiences watch the residents of Cocodrie, Louisiana hold onto their way of life while extremely vulnerable to flooding and disaster. Excluded from a new levee system, the community has seen a drastic decline in the population. The film is a portrait of a place, its people, and the cultures that exist there, all of which are at risk of disappearing.

Below the Flood Gate will be screened at #NOFF2019 as part of the Louisiana Shorts film series “Storm Warning”. Click here to read about all the films included in this series! 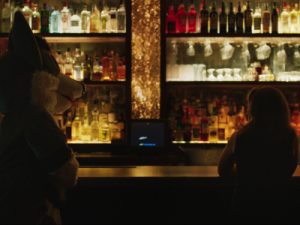 Stella for Star is a documentary short by director Nick Singer. It’s about Dr. Marcy Later, nuclear scientist and mother, who neglects all of her responsibilities while at a scientific conference in New Orleans. She hangs out with a group of Furries, all while a hurricane brews offshore.

This film is a part of the Louisiana Shorts film series “Guilded Splinters”. Read more about all the films in the series here. 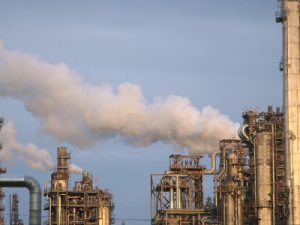 By The River, a documentary short film by Keely Kernan, is making its World Premiere at #NOFF2019. In this film, a Pastor from St. James Parish, Harry Joseph, talks about his church and his community, which is in the chemical corridor of the Mississippi River.

People & organizations globally are working to help these communities and to stop climate change in its tracks. As climate change becomes a more pressing problem in our society, more and more filmmakers are using their art to raise awareness and hopefully enact change. ‘

Read more about these films at neworleansfilmsociety.org/lineup, & don’t forget to buy your passes to the festival!